There was a line out the door and around the corner of Magnolia and Pine on Saturday night, when the Downtown Arts District (DAD) sponsored a fundraiser, Ford-i-fy the Arts, at CityArts. The iconic Rogers Kiene Building was cleared of many of its art displays to make room for about 200 guests.

The point of all this? To honor Ford Kiene who donated the building housing the art gallery to the city last year and also to raise money for a courtyard and alley redesigned by Interstruct. The design was unveiled that evening for an audience of aficionados and financial supporters intent on bolstering Orlando’s art scene.

Downtown Arts District Board Member and Ford-ify the Arts Committee Chair Dr. Paul Skomsky was instrumental in solidifying supporters for the courtyard expansion, an idea he first presented to the DAD board a year ago, in December 2018. What began with an elegant, simple concept drawn by Dr. Skomsky was well received. While DAD Executive Director Barbara Hartley was certainly interested in “exploring possibilities to enhance the look and feel” of the alley east of CityArts, the focus quickly came into view for spaces that facilitate rich and diverse sensorial experiences.

Jamal Ward, Founder of The Mercury Collective, an artist advocacy group, reacted to the news: “I think these are the signs and strides towards Orlando becoming a very clear city of the arts.”

Interstruct CEO Ryan Young describes the use of the forthcoming outdoor spaces this way: “The courtyard will be for live music, new art exhibition hopefully including outdoor sculpture, and possible creative speakers and art lectures.”

He would love to see the alley used for food trucks, film viewings on a movie projection screen from the garage, and murals. “The alley connects Pine to Central and is currently gated and locked. It’s a perfect place to open up foot traffic and have street vendors,” says Young.

If this sounds like a confluence of treats for the senses, so was Ford-i-fy the Arts. Event guests were rewarded for their ticket purchase with:

The celebration was a success: Ford Kiene was duly honored for his continuous support of the arts in Orlando, around 200K was raised toward a goal of 600K for recreating the outdoor spaces, and a rendering of Interstruct’s design was presented, complete with an introduction by Dr. Skomsky, remarks from Scott Stahley of Lincoln Property Company, and statements about the design from Young.

It was Skomsky who imagined that by having the right conversation with the right person, DAD could obtain first salvage rights for the Church Street Ballroom, and architectural elements from another Orlando landmark could become part of the Kiene site. When he was approached, Stahley was delighted to make this happen, reflecting LPC’s continual efforts to open up opportunities for artists through the world of commercial real estate. Now, the courtyard is set to incorporate, amongst other pieces, arches that came from Church Street.

Meanwhile, Young was intent on remaking the outdoor areas behind the Kiene Building for almost two decades, as he passed the alley daily. “We’ve always been interested in some of the smaller interstitial spaces in Orlando, alleyways, spaces between buildings, something that we can create very cool architecture with – and we feel like Orlando is taking that leap,” Young noted to the audience at Ford-i-fy the Arts. Young has often referred to these spaces as “pocket parks” and has also been exploring opportunities to create pocket parks in the Milk District and beyond.

For continued updates on this project’s progress, come back to Post + Beam and visit CityArts on Facebook. 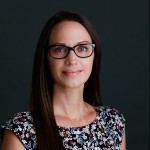